When it comes to choosing a place to live, there are many considerations that go beyond cost and square footage. There are also intangibles like design, height of the ceilings, layout, the views, age of the building, and of course location.

But there is another form of location that is also important, especially in a green city like Vancouver. And it is equally, if not more quantifiable than the "location" we usually expect, as defined by a dot on a map. There is location that boils down to your basic ease of living.

It's all fine and well to be nestled in the British Properties, or tucked away in the woods in Deep Cove, if you don't mind driving everywhere that you go. Shaunessy Heights may afford a sprawling home with a yard for the children, but all of this is hinged on owning a car and using it for trips for just about everything, from going to the corner store, to commuting to work, chauffeuring the kids to school and picking up your mail in town. There is going to be a lot of time spent sitting behind the wheel.

There's a tradeoff. You can own a in "good" location, but at the cost of not being close to the places you actually go. This, in a sense, makes it a "bad" location for you personally. It seems counter-intuitive, doesn't it? It's like you are living by someone else's standards and not your own.

For those who see location as proximity to places they visit frequently, MLS has introduced a measurement called Walk Score. It's a simple idea, based on the insight that if you are within walking distance of amenities, that's superior to having to drive there.

If you look at Evan on MLS you will see that it has a near-perfect Walk Score: 97 out of a possible 100 points. The reason for this is obvious, you can be at work downtown in fifteen minutes. There are parks within three blocks, Science World is four blocks away, as is the bus depot and Skytrain. Plus, there are a host of restaurants, coffee shops and bars all within one or two blocks. There isn't a single big city convenience, from sporting events to concerts, circuses and casinos that you cannot reach on foot.

There are also Transit Scores and Bike Scores, Evan scores extremely high on those as well with an 89 out of 100 for each.

One of the most tangible benefits of a good Walk Score (besides time saved) is health. It has been shown that those who live in an area with a high Walk Score are 6 to 10 pounds lighter than those in poor Walk Score areas. There is more community involvement, and generally, people who walk more and drive less are not as stressed out, and happier.

Vancouver has recently been labelled as having the worst traffic conditions in Canada and the second worst in North America, just behind the smog capital, Los Angeles. Every day you spend in a line of stalled vehicles trying to live up the the hype of your West Van enclave, you are adding to the problem.

Last week we talked about the cost of owning a car in Vancouver, and the outrageous amount of time that most commuters in the Lower Mainland spend behind the wheel. The extra bedroom for the mother in law and the fenced yard for Fido comes at a hefty price when you're commuting in from Surrey every morning. And for those thinking that Point Grey is prime location have never reflected on how horrible the radio ads are during the drive at five.

If you have to get in the car to go for a run, or drive to take the dog for a walk, it might be time to rethink what makes a prime location so prized. 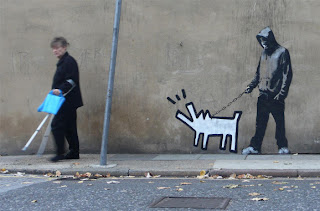