It takes a bit of dirt to make a genuine article.

A few months back, we posted a blog on the struggles of the Waldorf Production team of Tom Anselmi, Ernesto Gomez and Danny Fazio. After spending years transforming the Waldorf Hotel into a cultural hub of live acts, gallery expositions and a working studio space, the trio saw their passion project shut down, due to problems with the lease. The news was a hard blow to the local arts community and the Vancouver cultural scene.

The Waldorf developers received a massive outpouring of support from Vancouverites and a number of petitions were brought forward in the hopes of delaying plans for a redevelopment project. Unfortunately, these landed on deaf ears and the Hastings tiki bar and hotel was closed.

Since the decision was finalized, the development team has been searching for an alternative venue for resurrecting their cultural endeavors.

For those of you who may not have heard of this venue, the Fox Theatre is a cinema that deals exclusively with adult content. It has been active since the early 80s, showing hard and softcore 35mm pornography films. 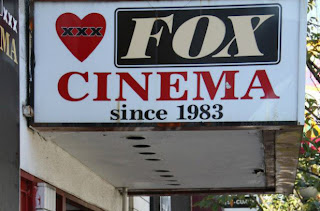 A bidding war erupted over the development rights, with two major players competing for the chance to reopen the theatre; on one side the Waldorf team, on the other, a group of developers from the reawakened Rickshaw Theatre. Instead of upping the price on the lease, the two teams have decided to take on the project as a partnership. 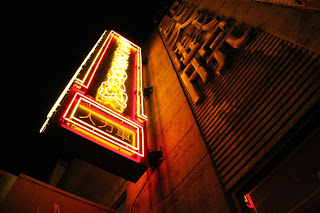 The Rickshaw team, under the leadership of David Duprey, bring to the table the experience of transforming an aging theatre into a highly successful live music setting. The Rickshaw was once exclusively a Kung-Fu theatre, but now host’s acts like the Japandroids, Handsome Furs and Beach House. Duprey and his team created an open floor by removing the first fifteen rows of seats. They also secured a liquor license and made a forgotten theatre cool again. 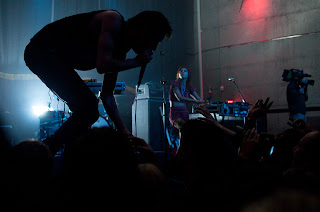 If the two sides plan to pull off a similar feat at the Fox Theatre, someone is going to have to do some serious scrubbing. Duprey has already gone on record about the uncomfortable cleanup task. "There's been some stuff going on there ...I'm thinking napalm might be the solution." But jokes aside, the theatre will need a good sanitization, from the front of house to the back hallways. 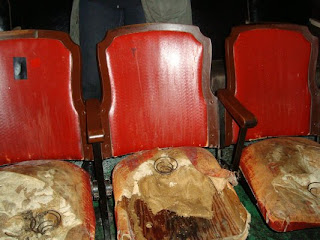 Another hurdle will be the liquor license. It took the Rickshaw 15 months to secure a license. The licensing will also determine the nature of the venue itself; be it event based, or recorded music, similar to the clubs on Granville. The events option could include comedy, dance and music performances.

For the Waldorf team, the Fox venue offers a much more accessible location for cultural performances. As noted in previous posts, Main Street is the new artistic hub for Vancouver, so it is only fitting that the Waldorf team gravitate towards the Main and Broadway area. They will also experience an increase in walk-up traffic; the Fox is central to Vancouver's live venue frequenting demographic.

Again, depending on the licenses, the Waldorf crew could once again be hosting multimedia crossover events by the late fall of this year. Here's hoping the tiki team is able to use their creative connections for cultural good.

The Fox will officially stop showing adult content on August 1st, at which time the lease will pass to the Wal/Rick team.

We look forward to welcoming them to the ever-expanding artistic community in and around South Main.
Posted by Unknown at 10:03